NATASHA SCRIPTURE
HOW I CAN HELP YOU
​​Have you lost yourself in a relationship or in the process of looking for one? Do you feel jaded and disillusioned?

Consider the damaging side effects of being consumed by the search for (or the absence of) Mr. Right: By thinking and acting as though we need a man, we are indoctrinating ourselves with the belief that we are incomplete on our own. By fixating on what is missing from our lives, we are ignoring the very real abundance that we already possess. By spending inordinate amounts of energy on the “man problem,” we are neglecting the absolute most important person in our lives. Ourselves. And if we’ve lost touch with our deepest, healthiest and most radiant selves, how on earth will we be able to pick a partner worthy of ourselves, let alone be happy on our own? How could we possibly attract someone while in this state?

I can get you on a Man Fast stat. So what is it exactly?

The Man Fast is an empowering, rejuvenating cleanse; a golden opportunity to shed all the anxiety we may feel about being single or the idea that we’re victims of some kind; a chance to let go of any self-defeating behaviors or beliefs and put an end to unhealthy patterns of thinking; and, like a juice fast, it’s a time to detoxify from any negativity we may have been holding onto from the past. The Man Fast, at its very core, is strengthening and fortifying. It is not just about letting go of the bad stuff, but about filling up with the good, nourishing, life-affirming substance that we may have forgotten about – or may not even know about yet. Think of it as a self-love and self-improvement project. In fact, think of it as a self-expansion project. 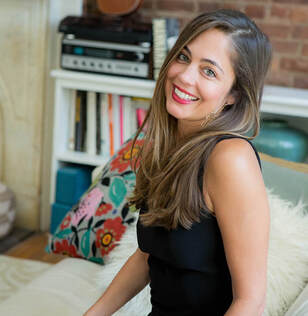 MY STORY
​​
When I moved back to New York City at the age of 34, after living abroad for years, I decided I was ready for The One. I embarked on what I now realize was a monomaniacal boyfriend/husband-hunting mission that took me from Wall Street to the Upper East Side, across the Williamsburg Bridge, and into cyberspace. Even though my heart wasn’t in it, I engaged in online dating, signed up for free high-end matchmakers (where, strangely, men in a city over-saturated with single women pay big bucks to meet single women, under thirty-five), and subjected myself to the indignities of awkward blind dates. I said yes to every social event and likely incurred severe liver damage owing to the countless vodka martinis I imbibed while keeping an eye out for “him” in between sips of Ketel One. I even joined a fancy gym, not because I intended to work out or enjoyed doing so, but on the off-chance that I might meet someone special pumping iron next to me. All that ended up coming out of this was a continuous year-long hangover and several uncomfortable incidents with an elliptical trainer. I never thought it would be so ridiculously hard to find love.

In my anxiety over my supposedly dwindling marriageability and fertility, I tried talking myself into suitors whom I would never have considered in my twenties. But in the end, I would not, could not settle. Even though that New York Times bestseller has told women to settle for Mr Good Enough, I felt like throwing up at the idea of being with someone I didn’t want to be with. It had to feel right: why would anyone do anything that didn’t feel right in the gut? Yet the pickings seemed slim. There was something wrong with everyone and it felt like the universe was conspiring to keep me unattached. Any single, dating woman in New York (once she has grown tired of the short-lived novelty that accompanies the early adventures in dating in the city) usually concludes that it can be a soul-destroying endeavor often involving creeps, players, social climbers, commitment-phobes and way too much intoxication.
At the time I thought - where-oh-where was this evasive, heart-centered man, this tall and intelligent Indiana Jones, who also happened to be funny, clean, employed, multilingual, emotionally astute and super deep? An old soul who exuded confidence, honesty and patience, and didn’t feel an iota of insecurity around a woman who had maybe travelled more than he had? Where would I find this kind, democrat cowboy, who drank green juice, watched foreign films and read the New Yorker, but could also change flat tires, and slay dragons, if the occasion arose?

Long story short: after quite a few romantic letdowns, I decided to no longer make the search for a man the central focus in my life and instead embarked on a spiritual journey around the world,  which I document in my memoir MAN FAST. After doing some major self-excavation during this time (and not all of it pretty), I finally realized that there was no ‘One.’ I was the one I had been waiting for. I was finally content with being single, and feeling grateful for all the abundance in my life. Of course that’s exactly when I met someone. We now live in a gorgeous house in the countryside with our beautiful baby girl. Yay.